(Not so) Wordless Wednesday

The days and weeks are just flying by and the Esther Price chocolates that Hubs gave me for Valentine's Day are almost gone.  Oh, how will I make it through? :P

I'm so relieved to be at this point in school.  We finished three history books and started two more.  The Story of the World is a wonderful book.  I had the kids in stitches the other day as I read them a story from it!  We acted it out along the way.  We used props and elevated ourselves on stools.  It was so refreshing to have fun while learning!

For notebooking, I created some pages with images and lines that make writing summaries a little more fun.  Emily doesn't care much for "coloring" anymore, so I decided it's better to provide a printed image rather than have her draw one.  She loves to draw on her own, and does very well.  But it's not worth the fight to have her draw on a history notebook page!  When I have the time to figure out how to post links to PDF files, I will post the pages I made.  Maybe they will save someone else some time in creating their own.

We were behind on our timeline because, again, no one wants to color the timeline pieces.  I always ended up doing it, and frankly, I'm tired of coloring them, too!  Soooooo, I decided to create the rest on the computer, using images I found on the internet.  I love the way they turned out, especially since we have a new color laser printer!  (More about that later.)  The timeline runs like a wallpaper border about a foot below our ceiling.  Not exactly ideal.  It's difficult to reach and isn't well visible.  Does anyone have any other great ways to do a timeline?  I love having it displayed, I just wish we could see it better.  But, wall space is limited.  Once, we tried a timeline on a big roll of paper and that didn't really work well.

Ok, back to the printer.  I love this printer!!!  Love, love, love it!  We've always bought color inkjet printers that lasted a few years (or less) and ate up pricey ink cartridges.  We got a great deal on this laser printer but it is the quality of laser printers that sold us on buying one.  We've had a black laser printer for over 10 years and haven't had any problems with it.  And it was used when we got it!  So I'm hoping for the same longevity with this new one.  It prints so nice; so professional looking!

To sum up other parts of our crazy lives...

* Emily is doing great in gymnastics.  She got a 8.5 on bars at her last competition, which awarded her FIRST PLACE in her group!!!  She was so excited!

* Katie is playing basketball right now, and LOVING it!  She scores baskets at almost every game.  Even the boys on her team high-five her, which I think is pretty awesome!  I wish basketball ran longer because she loves it so much.

* We've had head colds, sinus/allergy issues, and stomach viruses.  And I've had constant ringing in my ears for weeks - ever since I had a really bad cold at the end of January.  The doctor said it's tinnitus, brought on by my cold, and there's nothing I can do about it but hope it goes away.  Oh Lord, please make it go away!

* Hubs has several work trips planned this year and we are trying to decide which ones we'll make into a family trip.  Choices are Seattle, Orlando, and Mira Loma (CA).  He will also go to Detroit a few times but we don't really count that since it's much closer to home.  Lots to consider!

* We are half way through co-op already and we missed more than half of it so far, mostly due to illnesses.  I filled in for the anatomy teacher this week, which made me a bit nervous since I despise all things medical.  But, I survived and actually enjoyed it.  Now, if she needs a helper for dissection, I'm outta there!  Been there.  Done that.  Passed out.  I'm not your girl for dissection!

* We are looking into a new co-op for next year and it meets on Fridays rather than Mondays, which I think would be a nice change.  And, they meet only in the morning (well, until 12:30), which would also be nice.  We'll see.  I'm praying about it.  It is bigger and well organized, and I already know of a few girls the same ages as mine, so that's a plus, too.

That's about it.  This is definitely not a Wordless Wednesday post!  Hope ya'll are having a great week!

A friend shared this on facebook and I couldn't resist passing it on... 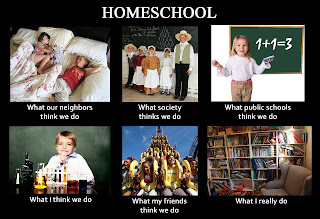 We've been dealing with some challenging issues recently, including illnesses, ringing ears (mine), and a very stressful situation involving the gym where Emily takes gymnastics.  I will not discolse any details, but would greatly appreciate prayers.  God knows the situation.

I do have pictures to share, but not today.  I'm tired and I haven't downloaded them yet.  Valentine's Day was strange this year, mostly due to our recent circumstances.  But we made the most of it and the kids were happy.

I've been messing with my blog again.  When will I ever learn?  Never.  I like a change of scenery. :)

Speaking of changing scenery, we want to move.  We want a house in the country, on a small piece of land.  I'm tired of disrespectful kids plowing through our yard, hanging on our trees & pulling branches off to play with.  My cousin got his eye poked out with a stick when he was young and now has a glass eye.  So playing with sticks is not happening around here.  I'm usually a non-confrontational person, but safety comes first, so I had a chat with those kids.  Their parents don't watch them.  They live on another street and are allowed to roam quite far from their house, even at the young age of 6!  One night, two kids came to our door around 7 or 8 looking for the little 6yo girl.  This happens quite often.  It's so sad.  But this isn't the only reason why we want to move.  I grew up in the country and hubs has developed a desire for country living.  I miss it terribly.

Our co-op has been back in session for four weeks now but we've made it only once.  Katie had a stomach virus so we couldn't go to co-op on Monday.  The kids were disappointed to miss their Valentine party, but they seemed to get over it quickly.  I took them to an American Girl tea party Sunday afternoon, so at least they did something fun.  I wasn't supposed to go.  My mother-in-law got the tickets and planned on taking them herself.  But she was sick and couldn't go.  Both of the girls won a door prize, which made their day!

I just had to share this picture.  We watched Mr. Popper's Penguins for the first time a few weeks ago and loved it!  Even Daddy thought it was a great movie.  Are these little guys so cute?

Weekly Wrap-Up: The Fall of Rome

This has certainly been a roller coaster ride, historically speaking.  I've raved about, complained about, praised, and doubted our history lessons this year.  I have truly had a bi-polar experience with them.  But something of a miracle happened this week that helped me to appreciate them.  I started a new Bible study.

The Book of James is what I'm studying with a group of women.  Thanks to our Bible & History lessons in Rome to Reformation, I have a better understanding of my Bible study lessons.  It's almost as if homeschooling is more for me than for the kids!  This has happened so many times now that I can't ignore it.  It cannot go unsaid, or in this case, unwritten.  I love the way God inter-mingles different areas in our lives!  Other than Bible lessons in My Father's World, I have not been deep in the Word since before Christmas.  In-depth Bible study and prayer is critical.  Sometimes, I forget that our success in school radically depends on my relationship with God.  So, I am very thankful for starting this new Bible study.

Coming to the Fall of Rome brings a period of history to a close and allows me to glance back at all that we have learned.  I feel accomplished.  Are there things I would do differently?  Of course.  Isn't there always?  All in all, it's been a good ride.

We celebrated this week with a Roman Feast.  I'll let the pictures do the talking... 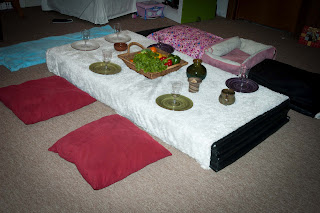 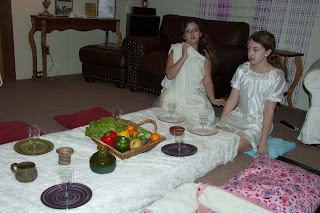 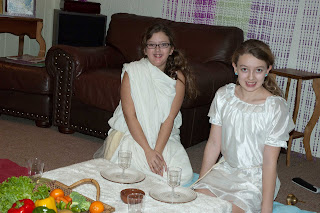 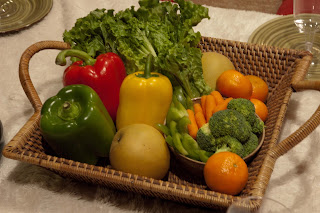 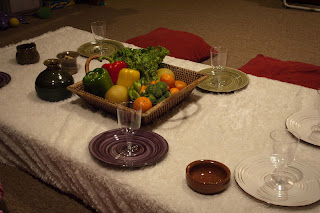 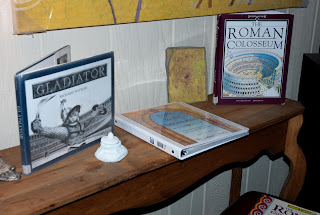 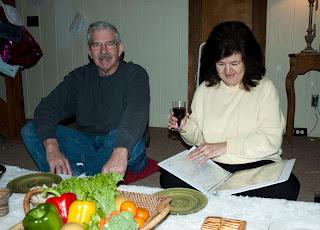 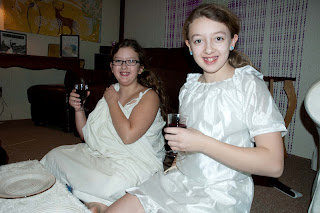 The kids were Roman slaves and were delighted to serve us grape juice, chicken, fruit & veggies, crackers & cheese, and nuts.  My parents joined us for the feast and we sat in Roman fashion around the table while we ate and listened to the kids tell us all about Ancient Rome.  We had a table that displayed Roman books, projects, and Emily's history notebook.  I'm so glad we didn't skip this.  It was so much fun!

Linked up to Weekly Wrap-Up
Posted by Lisa at 11:57 PM No comments: