So, it's been a while.  Too long, actually.  I will look back on this school year and wonder what we did, and when.  I will not have many blog posts that document our days, and few pictures.  Can you say SLACKER???

I'll briefly back up to Thanksgiving.  That's about as far back as I can remember!  :)  We spent several days visiting my grandma over Thanksgiving.  We had the best visit we've had in quite a while.  She turned 101 today and has had her ups and downs, especially with her mood.  So, seeing her in such a great mood and feeling relatively well was a delight, and certainly something for which I was thankful.

Christmas came and went too quickly.  Why wouldn't it be like any other year though, right?  I even did most of my shopping early online, and still found myself out shopping on Christmas Eve.  It was just small, last minute stuff that wouldn't have mattered if I had it or not.  I'm thinking I won't do that again.  It was quite maddening!  We were blessed to truly enjoy the Christmas season though.

The girls dropped a letter off to Santa (Emily snuck one in after she said she wasn't going to!). 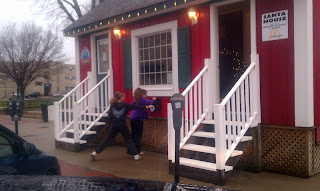 We had a little fun while shopping... 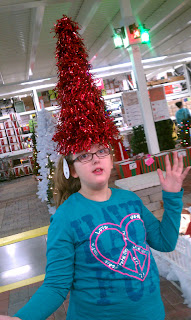 We made Trix Treats (made just like Rice Krispie Treats, but with Trix cereal instead). 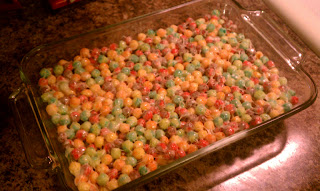 We went to Holly Days at Heritage Village... 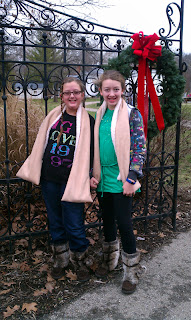 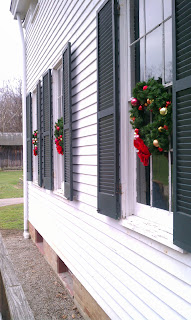 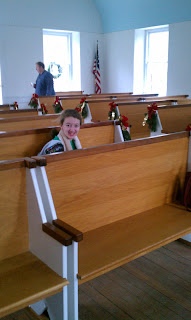 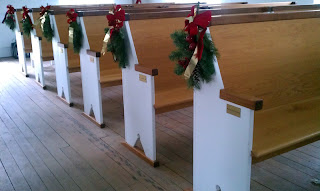 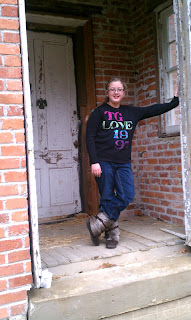 The girls each made a yarn doll ornament at the village that day... 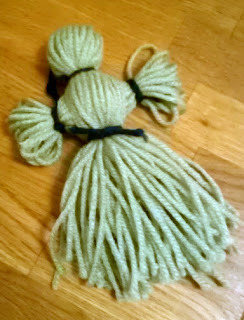 Going to Christmas Town at the Creation Museum is something I plan to do every year.  The outdoor dramas are amazing!  Very well done. 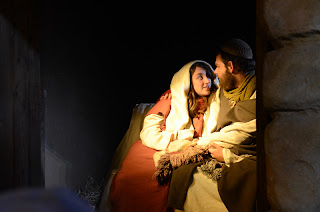 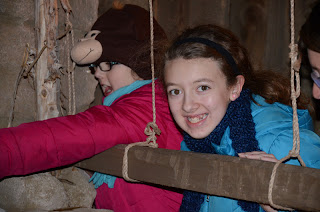 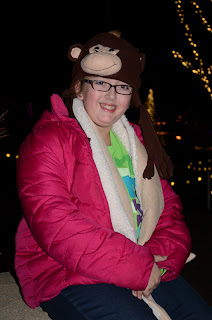 Eating at the cafe was a treat, and not too expensive. 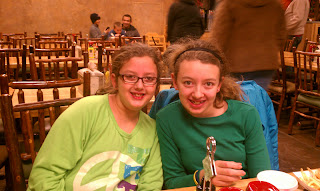 And the lights outside were just stunning. 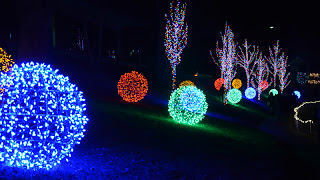 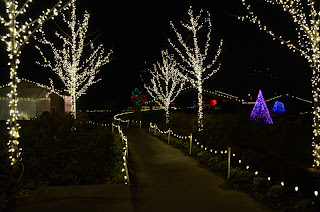 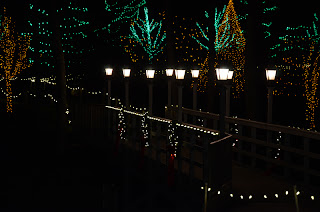 We all enjoyed the petting zoo, and Katie even took a camel ride! 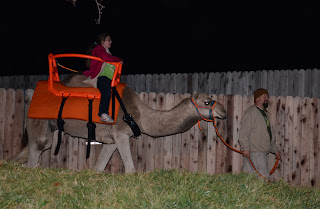 We plan on visiting the Creation Museum again in the new future.

In preparation for Christmas, the girls learned how to make parachute chord bracelets, and gave one to each of their cousins. 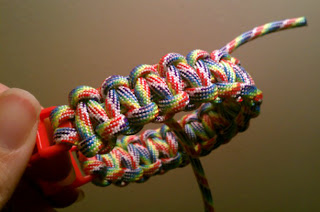 Jason and I made fire cones with melted cinnamon scented candles.  The bag is a grocery sack that we rolled inside out to make a "basket" and then we tied a ribbon around it.  This made a nice gift for my parents.  And Jason actually had fun dipping the pine cones! 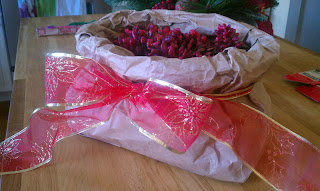 While my sister in-law was here, we went to the Festival of Lights at the zoo.  It was so cold that night, but we made the best of it and had a good time. 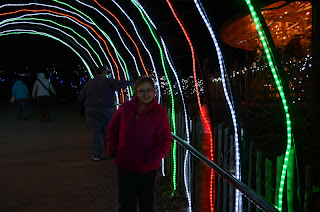 I loved our tree this year. 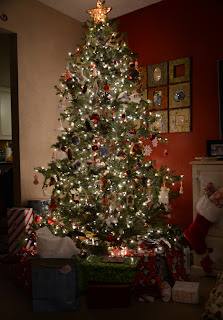 We bought it last year after we already had one set up.  It's used and I couldn't figure out why anyone wouldn't want it anymore....until...I discovered that most of the pre-strung lights no longer worked!  It took four hours for three people to get those lights off that tree!  Then, I strung new lights on it (yes, that's my job because I'm picky!) and realized that I put WAY TOO MANY on it.  It looked like Clark Griswald's house!  Well, maybe not quite that bright, but it was seriously bright!  We had to turn the tree lights off before we could use the microwave!  Yeah, those lights came off after Christmas.  I will format a new plan when Christmas rolls around again. :)

We had some snow that the girls had fun playing in. 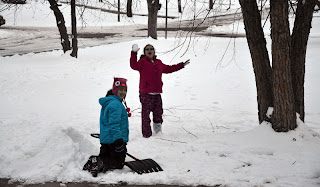 We did something different on New Year's Eve.  We usually go to my brother's to ring in the new year.  But, we decided to do our own thing this year.  We went out to a nicer restaurant for dinner, which the kids loved, especially when we let them get the sundae bar for dessert!  Then, we went bowling.  Bowling!!! 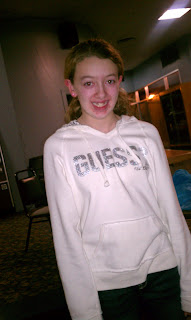 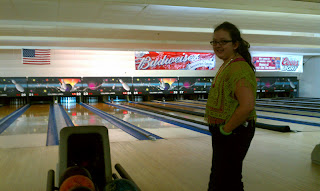 There was only one other time our family went bowling, and we had to leave after just one game because Emily's allergies were so bad.  It had been a while since the bowling allies banned smoking inside, but I guess the smoke still lingered.  It was awful.  This experience was much better, and we all had a great time.  We were home to see the ball drop, and the girls said it was the best New Years ever!  Can't get much better than that. :)

We started school back up on January 7, and have already had our ups and downs.  It's always hard to restart after a break.  After a few days, we reacquainted ourselves with a routine and settled in for the ride.  History and science have been going great!  I have been pleased with the books used in My Father's World.  Emily is doing better in Language Arts, and Katie's reading is slowly improving.  Our restart to math was a bit rough, but once we got through some rough waters, we began sailing more smoothly.

My Father's World recommends that students use Apologia General Science in 7th grade.  I finally started it last week, and just have one word to describe it: overwhelming.  I read that the first module is the toughest, so if we can get past that, we might do ok.  But for now, I put it away.  It just doesn't fit with us right now.  Maybe soon, maybe later.  Maybe never.  We'll see.  Time will tell.  For now, we are using the Apologia Botany book, which is something I can just give to Emily to read on her own, and Katie and I read it together.  We all do projects and experiments together.  This works for us.

I'm highly impressed with Answers in Genesis, God's Design for Science curriculum.  We used The World of Animals book the first part of the year, and loved it.  We also used Properties of Ecosystems one year and loved it, too.  I wish I had used books in this series last year.  They are simply written, have nice pictures, some suggested experiments, and suggestions for further study.  Best of all, they are based on Creation.

That's about all the rambling I can do in one night.  Hopefully, my blogging will slip back into a routine. :)