Penguin Parade at the Zoo

What a fun afternoon we had at the zoo on Saturday.  The penguin zookeeper brought the penguins out to parade along the walkway while visitors stood beside them amazed at their movement. 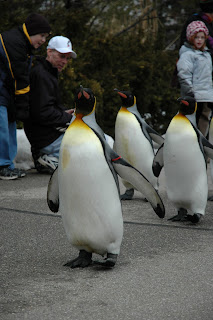 As the cute little creatures were gathered behind a somewhat roped off area, the zookeeper talked about the King penguins, how they live, their habitat, why they are camouflaged in black & white, etc. Then he allowed time for Q&As. Of course, I was taking pictures the entire time! 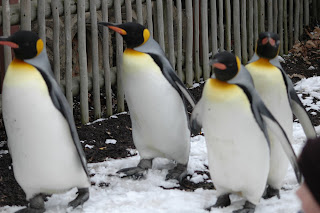 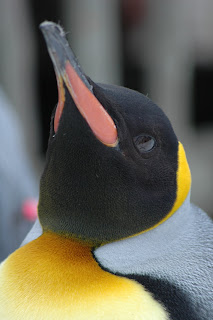 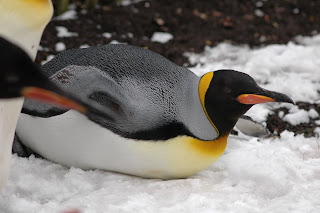 This little guy here tried his best to slide on the snow, but the ground was flat and he just couldn't go anywhere!  It didn't keep him from trying again though! 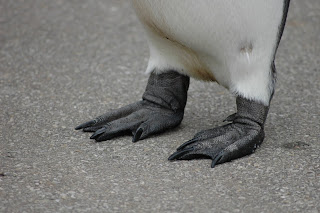 Look at their cute little feet! 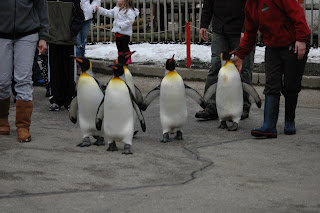 We had just completed a K lapbook on penguins, so seeing them up close and personal was a nice treat.
After the parade of the penguins, we explored other parts of the zoo and were amazed to see the tigers out.  This one here was either posing or sizing us up for dinner! 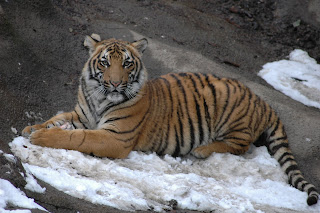 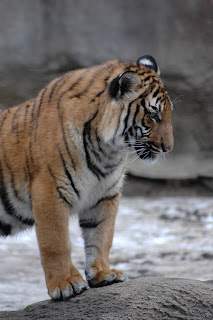 Most animals were inside or moved to warmer climates during the winter, but we did see the white tigers, pink flamingos, and numerous peacocks, as well as some animals indoors like some reptiles and birds. 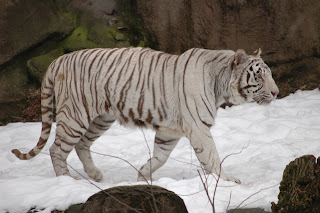 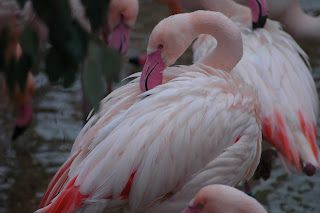 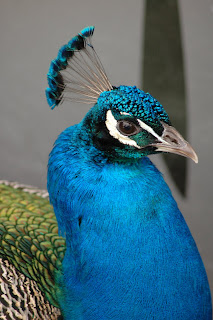 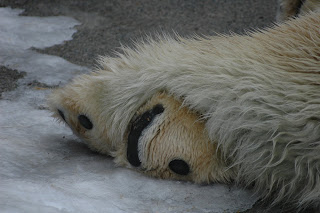 This is the sleeping polar bear's paw.  Huge! 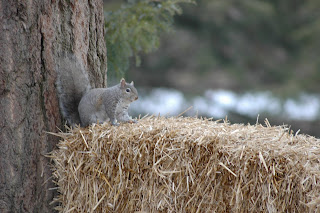 I couldn't resist taking a picture of the little squirrel.  I know we see them every day, but sometimes we forget to appreciate them as God's creation along with all the other animals!
Posted by Lisa at 2:56 PM