During Week 5 (Sept. 24-28), we learned about the Massachusetts Bay and Rhode Island Colonies and a little about the Salem Witchcraft Trials. I vaguely remember learning these things in school, so the information was interesting to me and I read it all. I didn't feel it was necessary to cover every detail with the kids though. One thing I found particularly interesting is the speculation that the girls who first began practicing witchcraft may have eaten contaminated grain causing them to hallucinate. Whether that's true or not, many ended up confessing much later on that their stories were simply made up. Nevertheless, it's terribly sad that many innocent people died as a result of the false accusations against them for practicing witchcraft. I'm still extremely satisfied with our history books. Sometimes, we don't read all of the content from Building a City on a Hill together. I read it myself for background info and then pick out parts to share if I choose to not read the whole thing. There is a LOT of info in these books!

We watched the Animated Hero Classics video about William Bradford, which I highly recommend. We also borrowed the movie, Squanto (a Disney film) from the library and watched it. 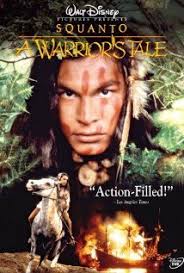 Some reviews warned that the movie didn't portray exactly what really happened.  Others said it was pretty close.  After watching it, I'd say it was pretty close but there were parts that were questionable.  Prior to watching the movie, I explained to the kids that this movie is not unlike any other Disney movie that sprouted from a book.  Content may not always match up and many details are often lost.  Having done that, we all enjoyed the movie and I would recommend it.

Because books could not be given to each student in the 1600's, they used hornbooks.  Pages from the New England Primer were often torn out and glued to a paddle to be used by students.  The girls each made a Hornbook that taught the alphabet and the Lord's Prayer. 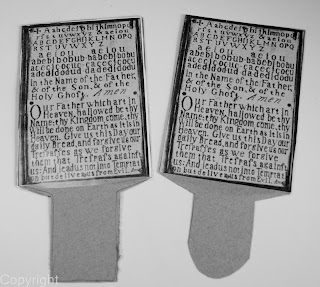 Science is usually a highlight.  Learning about animals has always been fun for my kids, so they usually don't mind the science readings and pages that go along with them.  The Complete Book of Animals is still a big hit with Katie. 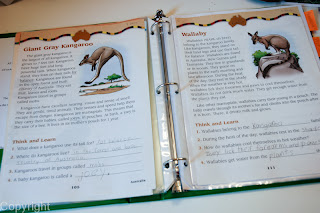 Emily's Apologia General Science material just recently arrived so we haven't begun using it yet.  I still need to get materials off the supply list. 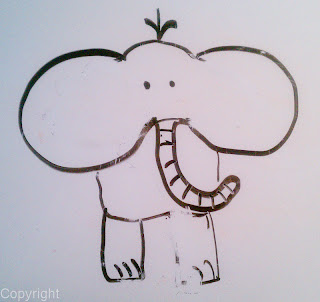 Katie's Elephant
Katie also has a small notebook that she's been writing things in on her own. Don't you love it? These must be the things she finds most interesting. The fact that she does this warms my heart and puts a smile on my face! 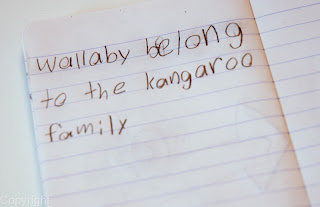